NOVEMBER 2020
WELCOME TO VIRTUAL DODO FOUR
Welcome to the fourth virtual show from Dodo Modern Poets, coming at the end of a year which has brought sadness and loss to people across the world. Through these shows we've endeavoured to keep the flame of poetry alive. We're grateful to our contributors for their enthusiastic support since our first outing in April. The current show takes the tally of performances to nearly 120 across the four events. We thank viewers for their time and their positive comments, including one who watched the last show several times. Many have sent messages encouraging us to continue.
The new show begins with two excellent featured acts, so please welcome Stuart Larner and Racheal
Joseph.
.
STUART LARNER lives in Scarborough. A chartered psychologist, he has written scientific papers, articles, stories, poems and novels and plays. Works include an ebook in verse, Jack Daw and the Cat; a novel about cricket entitled Guile and Spin and with Rosie Larner as Rosy Stewart, the novel, Hope: Stories from a Women’s Refuge. He wrote the illustrated sonnet sequence The Car in 2016. His plays have had rehearsed readings and performances in York and Scarborough.
He has stories in Bridgehouse anthologies: 'A Real Gem' in Baubles, 2016; 'Pictures at an Exhibition' in Glit-er-ary ,2017; 'The Flaw' in Crackers 2018; 'The Sound of Love' in Mulling it Over, Dec 2020.
Stuart's blog: https://stuartlarner.blogspot.com/p/stuff-you-can-access-now.html
Website https://slarner5.wixsite.com/hope
Link to The Car: https://www.amazon.co.uk/Car-sonnet-sequence-illustrations-ebook/dp/B01M0ACP
RACHEAL JOSEPH is an actress, poet and story-teller. Having spent many years working in theatre, Racheal decided to try her hand at writing. Her first poetry collection Little Brown Girl took inspiration from her childhood experiences growing up mixed race in 1950s-1960s London. Encouraged by the success of the poetry collection, she has recently published a book of short stories, Tales From A West Indian Childhood. The stories relate to her experience of being taken from her mother and sent to her father's homeland, Antigua where it was believed life would be better.
Both collections are available from www.rachealjosephpoet.co.uk
We hope you enjoy the show and wish you the very best for 2021.
Patric Cunnane, PR Murry: DODO MODERN POETS
Sue Johns PR Murry Aidan Nutbrown Emile Sercombe Lantern Carrier Django Moon Elizabeth Parker Eddie Forde Frabk Crocker Kevin Morris Julie Stevens Roger Stephenson Graham Buchan Paul Gander
POEMS ON THE PAGE
Our show continues with poems on the page 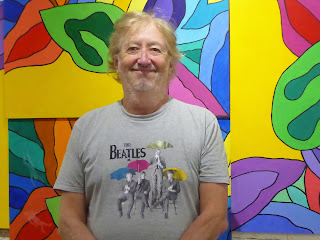 This is the America that didn't need making great again

This is the America that welcomed the world

That fuelled art and poetry, music and expression

This is the America that accepted its past

This is the America of Ginsberg and Kerouac, Martin and Angela, Plath and Dylan, Aretha and Berry

This is the America of the Sioux, Cheyenne and Cherokee nations

This is the America I loved

Boarding a Greyhound in Miami, disembarking in San Francisco

This is the America that didn't need making great again

Out on the road where moonlight shines on endless highways

And the ghosts of buffaloes roam the plains

the coast road into Bude.

out of the cloudless sky

a young man plunges into

the sea. The moment’s gone.

By Alan the Poet Therapeutic

This poem is toward introducing the poem 'The Arts Manager' as one of my open mic contributions for Amnesty International Worcester Group's Human Rights Day Poetry presentation, a Zoom event for the evening of Thursday, 10 December 2020.

While Zen Buddhists pose the question:
“What is the sound of one hand clapping?”
I propose an image for you to imagine:

“Imagine a scene that I have witnessed,
Of a spoon-fed woman’s joyousness
Upon being given a musical shaker
Toward her fuller participation.”

Some adjustments are more delightful
Than ‘reasonable,’ and no-one
Is truly ‘ineducable’.

Please find a very short but topical poem below:

Washed up and wasted,

the carbuncle clings to the wreckage.

Not in a garden, nor a house,

I shift worlds in the dig for home.

A dog barks, a baby cries

a dustbin clatters, all against the dawn

and then the rain falls.

My fickle conscience riots against

the burden of ego. It is the dog, the baby,

and the dustbin that matter.

Another night and the displaced take shelter,

unravelling, with stern faces, in the dent

of concrete. This is new to me.

Somewhere else my country awakens

at this hour to a sky of mottled blue tiles

and donkeys will bray.

Old ben had pride and still clung on

He cut willow rods down by the lakes

Those plants that thrive in boggy lands

Became works of art in his strong hands

On his belt a sheath with one sharp  “scian”

At fairs and fetes old ben was seen

With “skibs “ to be used as potato dishes

On his donkeys back,, as he had no wheels

When demand for baskets got so few

He must have wondered what to do

Fish no longer sold in “crans”

As plastic containers won over fans

Cheap imports were now the lure

Ben made celtic crosses for the poor

The Old Man in his Garden

At last his garden is supremely here, if misty

Against a lawn as plush a green as once

The parkland of the big house, stand his trees,

Their branches figuring the ideal grace

Of gestures which are neither giving nor taking,

But fill the air with swish and twitterings

Beyond desire and meaning, as he is.

But to drift among flowerbeds is the pain

Of rediscovered darlings pushing back

From earth. Returning as soft ponderables:

Those garish, jagged outbursts of his youth

The Owl and the Christmas Tree

This was Rip Van Winkle country where owls and old men had slept among the forests for centuries seeing the world pass from a vantage point among the thick branches.

Reflecting the November sun which fell across the shimmering river waters

And placed upon a truck with great dexterity its extra passenger still puzzled as to their final destination.

It was the Christmas Tree for the plague year of 2020

Could not this wild owl have stayed in that tree and looked down each night at the foolish humans who worshipped at its lights and drank in its beauty?

He had made his pilgrimage to bring his wisdom to the skyscaper dwellers and would not return.

They float on English Channel.

In waves their boat sank. 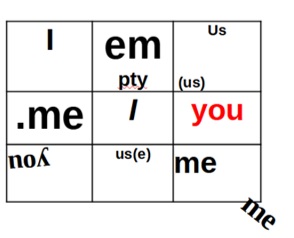 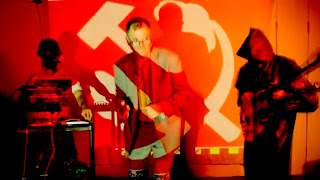 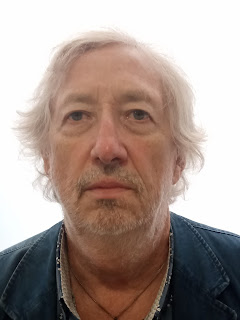